This episode is kind of different in a couple of ways. Piotrek (Pete) Szumowski is on the move – travellin’. Thus, he sent me two conversations recorded with comics in Slovenia (Tin Vodopivec & Andrej Težak Tešky) and Croatia (Marina Orsag). One is short, so I wrapped them both into one, with a short intro. All in English.

Tin Voodopivec and Andrej Težak Tešky are established Slovenian comics. They were the first ones to do it in their country and have always been pushing the art foward. This year they celebrated the 8th year of the very popular Panč Comedy Festival (where I had the opportunity to perform). 7 days of stand-up in a beautiful venue. A god damn castle!  With 5 comedians every night, national and international, and an average audience of around 600 people, it is fair to say to that this is one of the most important comedy festivals in the entire region and these guys are the ones bring it to you.
Marina Orsag is the mover and shaker of the comedy scene in the entire Balkan region. Not only is she a well established comedian, she is also currently running the only comedy club in Croatia, Studio Smijeha in Zagreb. Personally I can tell you that without Marina I would not have had half the shows I did.  A very interesting person that has spent years in the business. 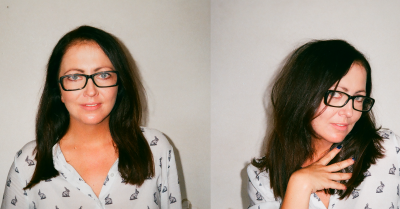